Find out more about Motionhouse Youth

Without Wings: Our Youth Dance Film

Without Wings Choreographer and Director Claire Benson gives us some insight into the making of a dance film.

Where the idea came from

“I was literally moved to tears one day when Kevin Finnan, Motionhouse’s Artistic Director, brought in a newspaper and handed it to me. On the front page there was a picture of child, the same age as mine, lying dead on the seashore. He had drowned as a result of his family fleeing the conflicts in Syria.

I felt bereft and sickened and the image stayed with me. I didn’t intend to make a political film but I knew that the underlying tone had to be inline with that initial reaction.

Without Wings observes a group of young people, displaced by war, who imagine themselves free to move without borders and without pain. Almost ghostly in their appearance, they could be from any story in history that parallels today’s reality.

Filmmaker Dan Tucker and I had been wanting to make a dance film for a long time and I was delighted to be able to pilot this new style half term intensive project.”

“I wanted the performers to look washed out and road worn – disheveled but wearing fabrics that suggested a bird like quality.

I was very lucky to have been able to borrow some costumes from Kings High Girls School in Warwick and I slowly gathered other pieces along the way. I found some old vintage parasols and knew they had to become ‘birds,’ very similar to the water bottles that become ‘fish’ in Motionhouse’s show Scattered!” 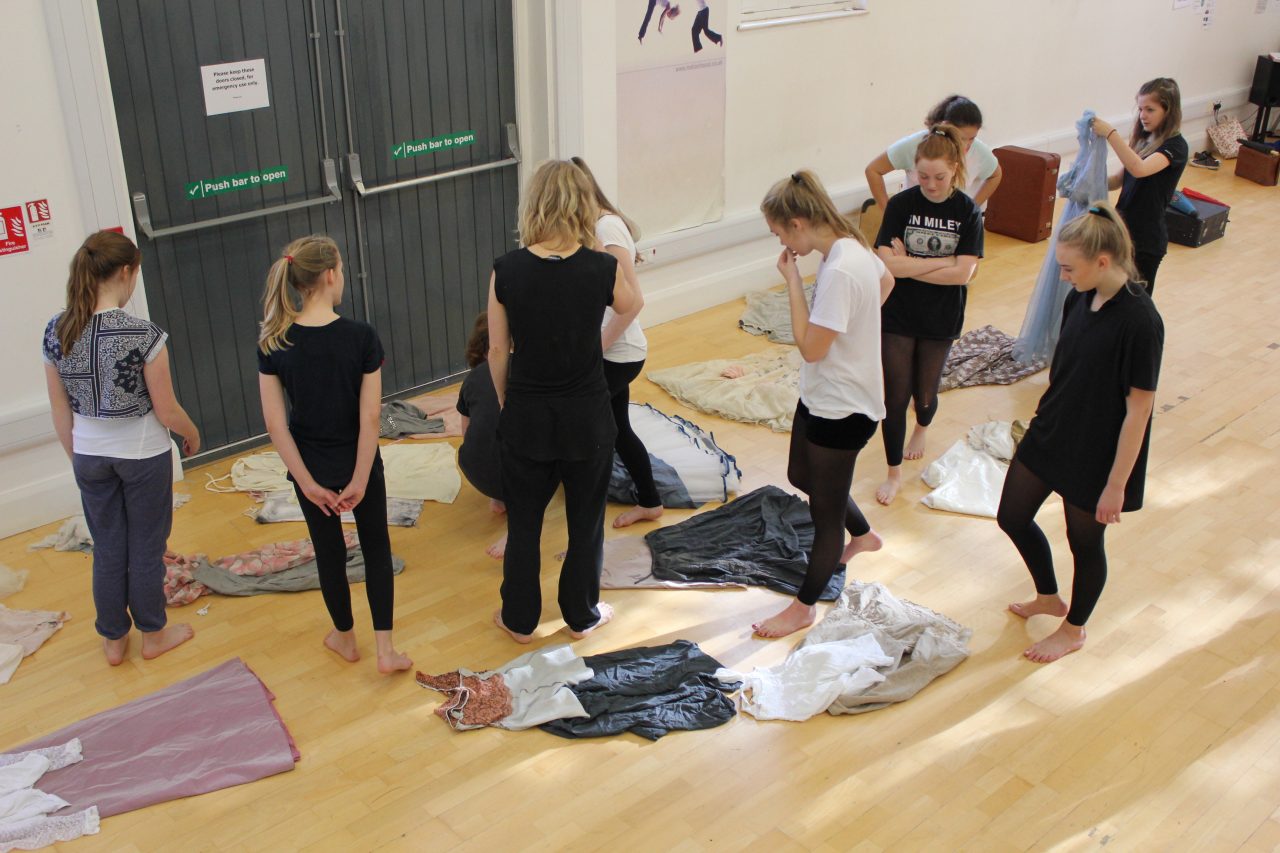 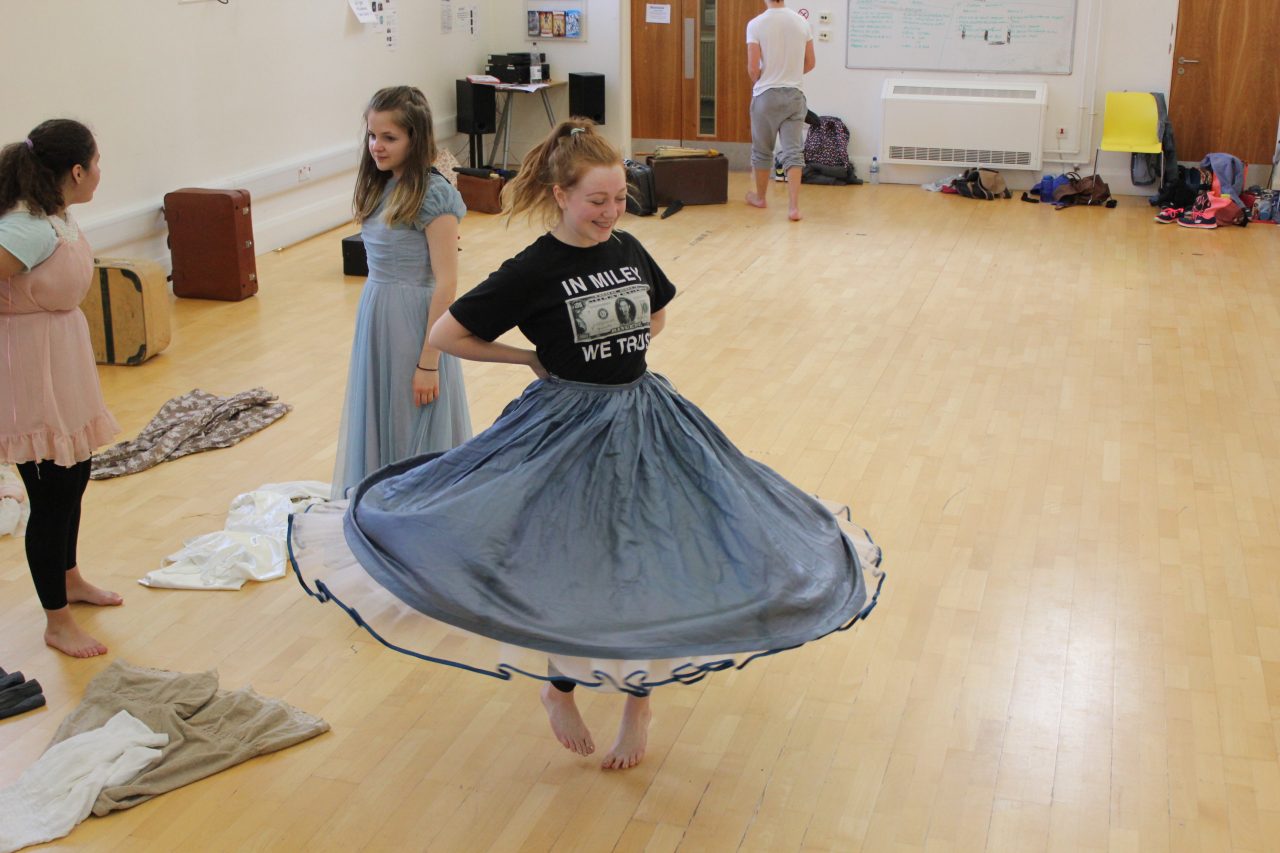 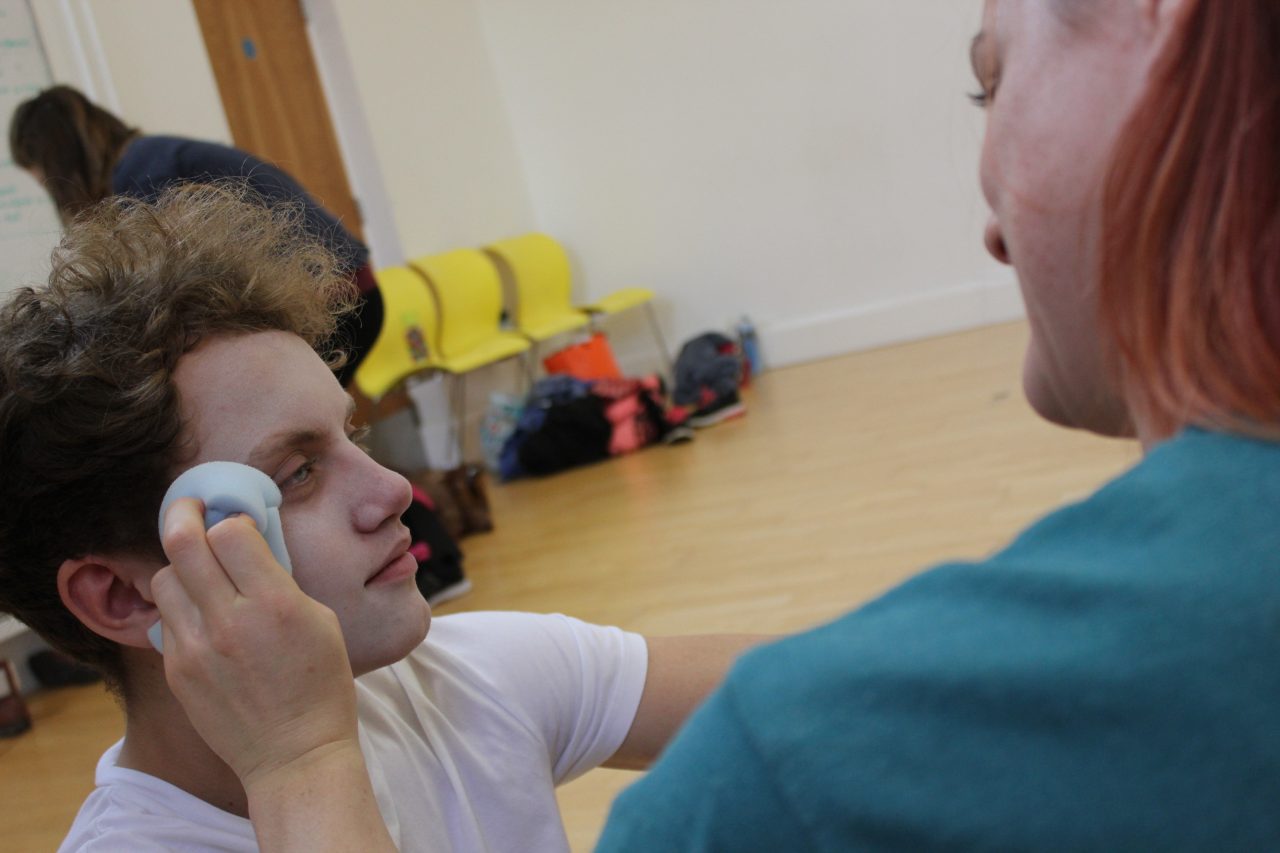 “We were very lucky to be supported by Mair Evans, Arts Development Officer at Warwick District Council, who arranged for us to use Town Council buildings free of charge. They offered the perfect backdrop to the two ‘worlds’ the dancers inhabit creating a real sense of wonder and grandiose in the ballroom and the somber feel of the town hall.” 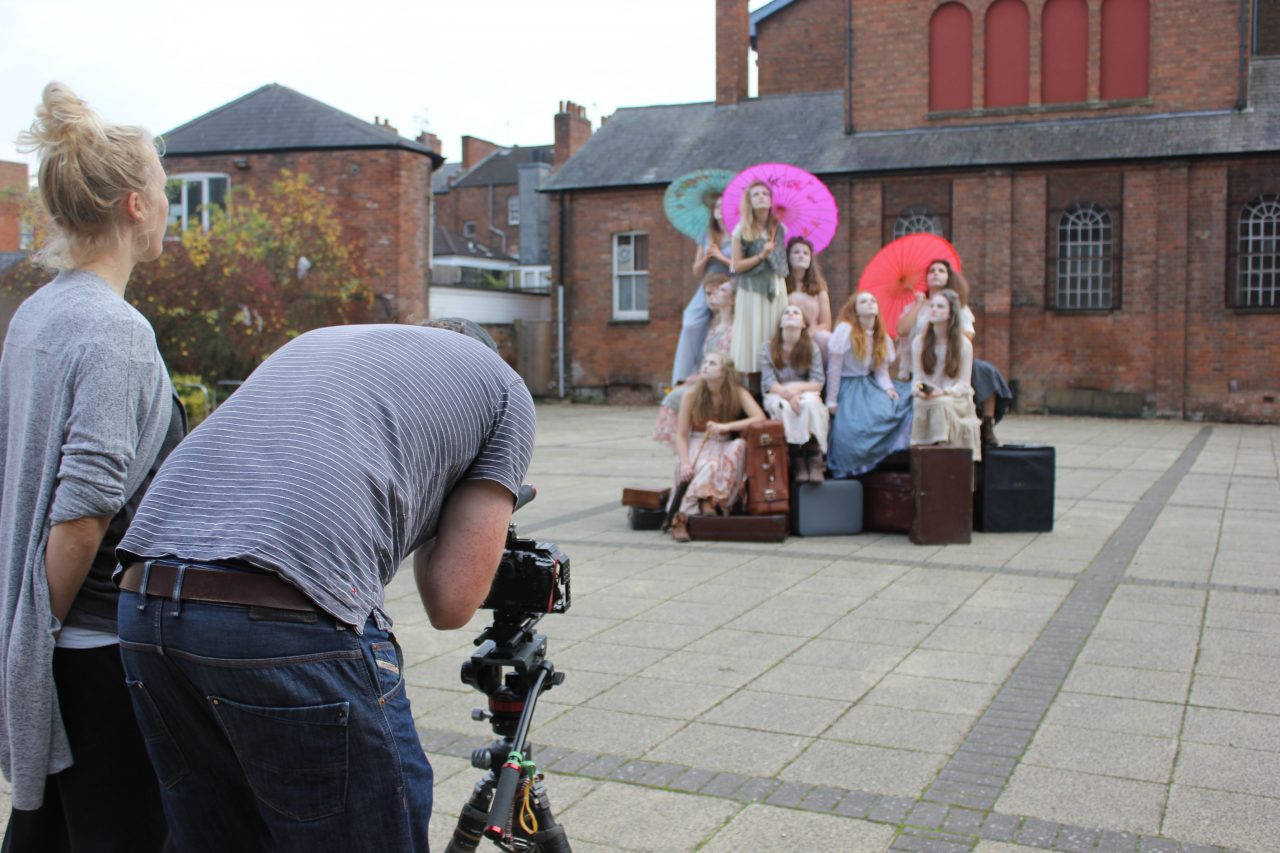 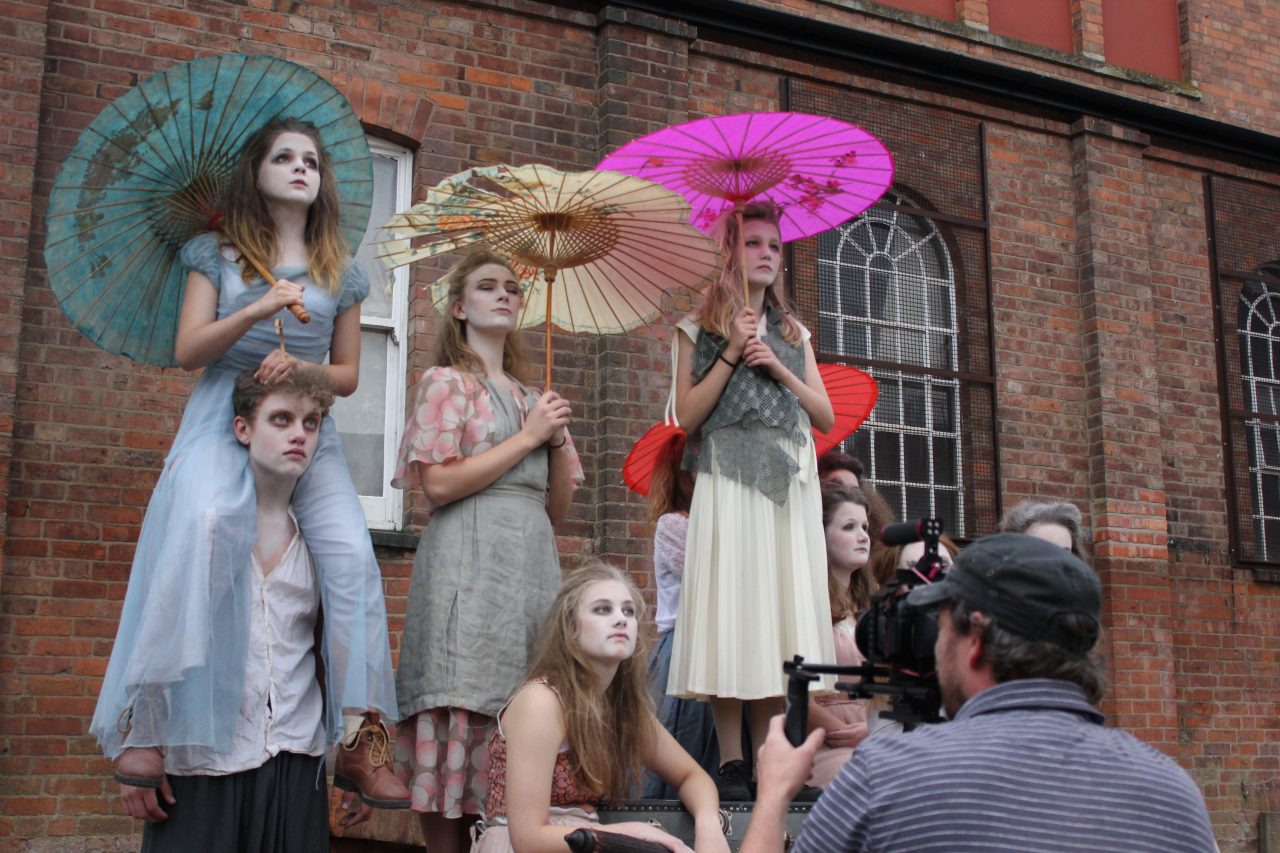 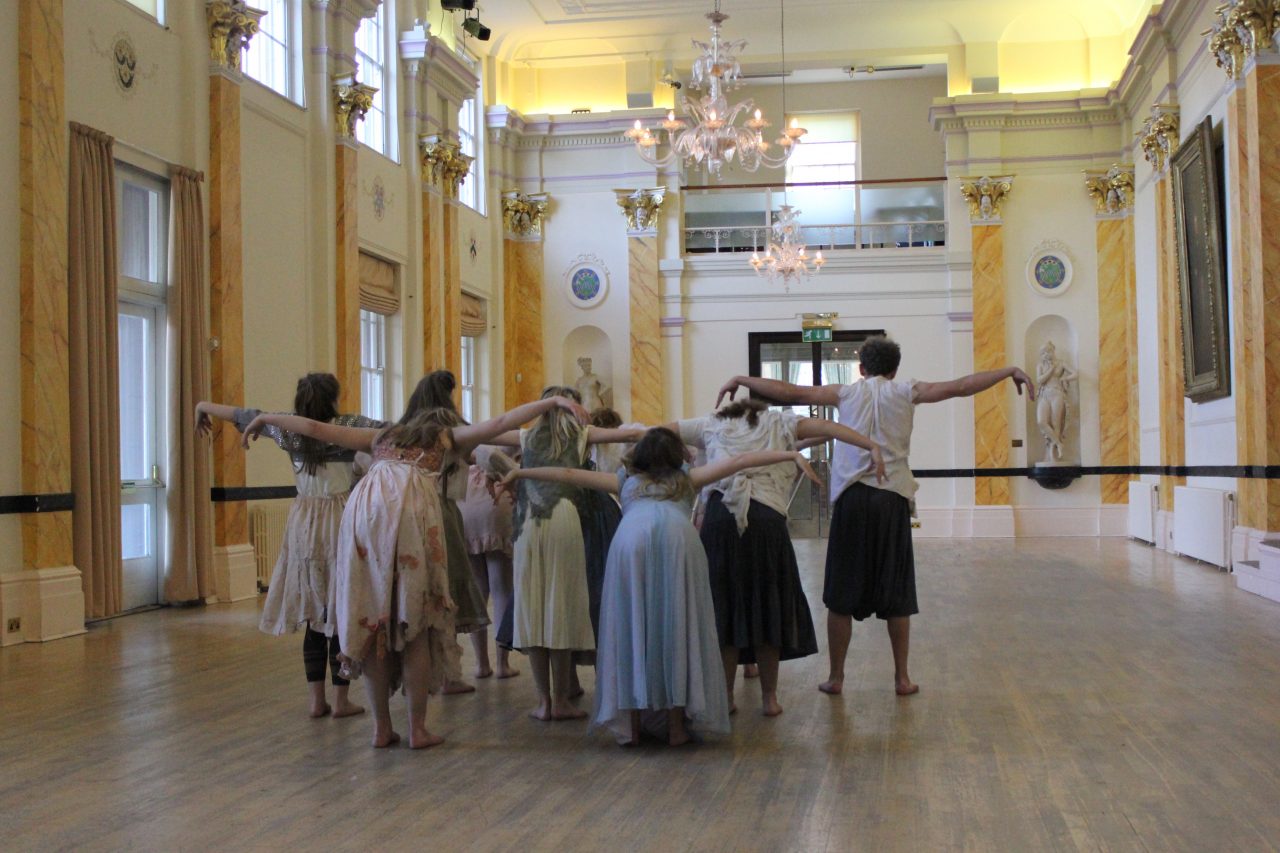 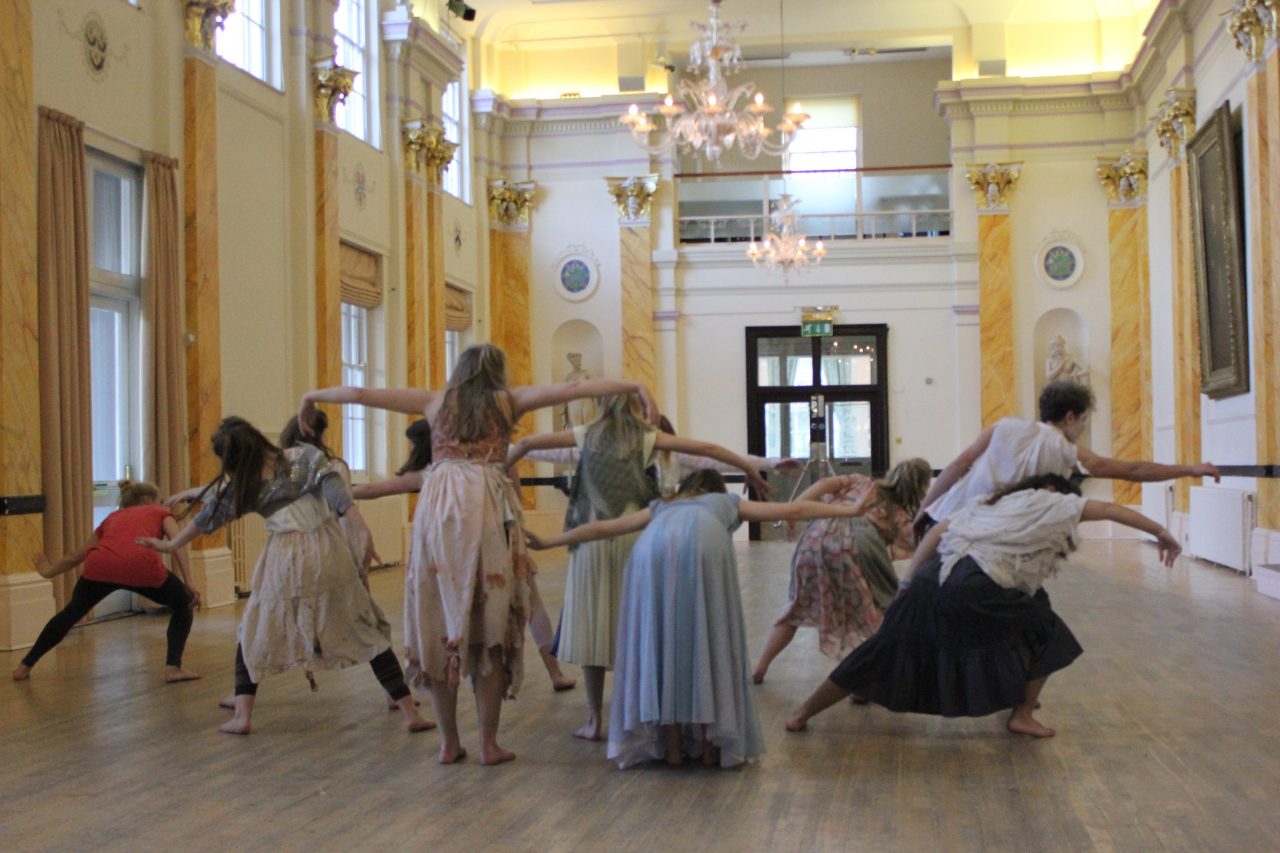